Get ready for the best pride of your life!!

Open air concerts, 6 different performing stages, parties, art, culture, sport... and all of them around gay neighbourhood Chueca and the very centre of the city.

MADO (Madrid Pride) is a series of street celebrations that take place during the city´s LGBTIQ (lesbian, gay, bisexual, transgender, intersex and queer) Pride week. The Pride parade is the higlight of this very exciting week and is the world´s largest.

Outdoor concerts on six different stages, parties, exhibitions, political discussions, culture and sports in Chueca and the centre of Madrid are all different aspects of Madrid Pride. 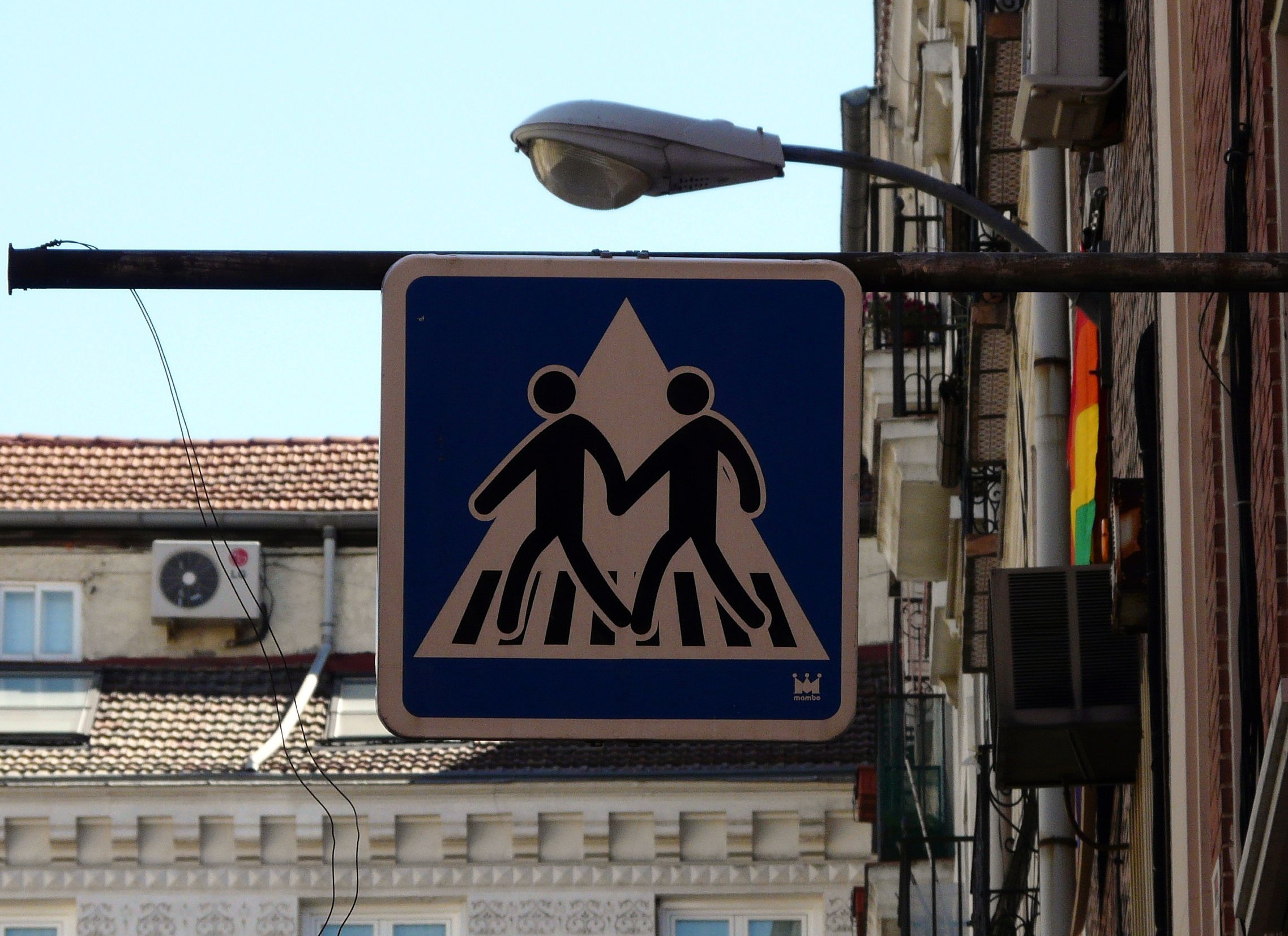 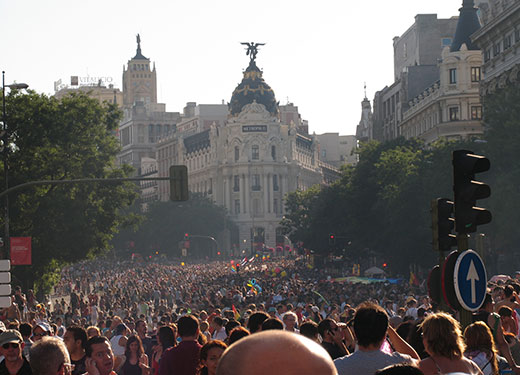 Year after year, MADO is a celebration that is open to the whole world and this gives it a fantastic multi-ethnic, multicultural and multi-generational character. That is how MADO turns Madrid into a gateway to diversity. 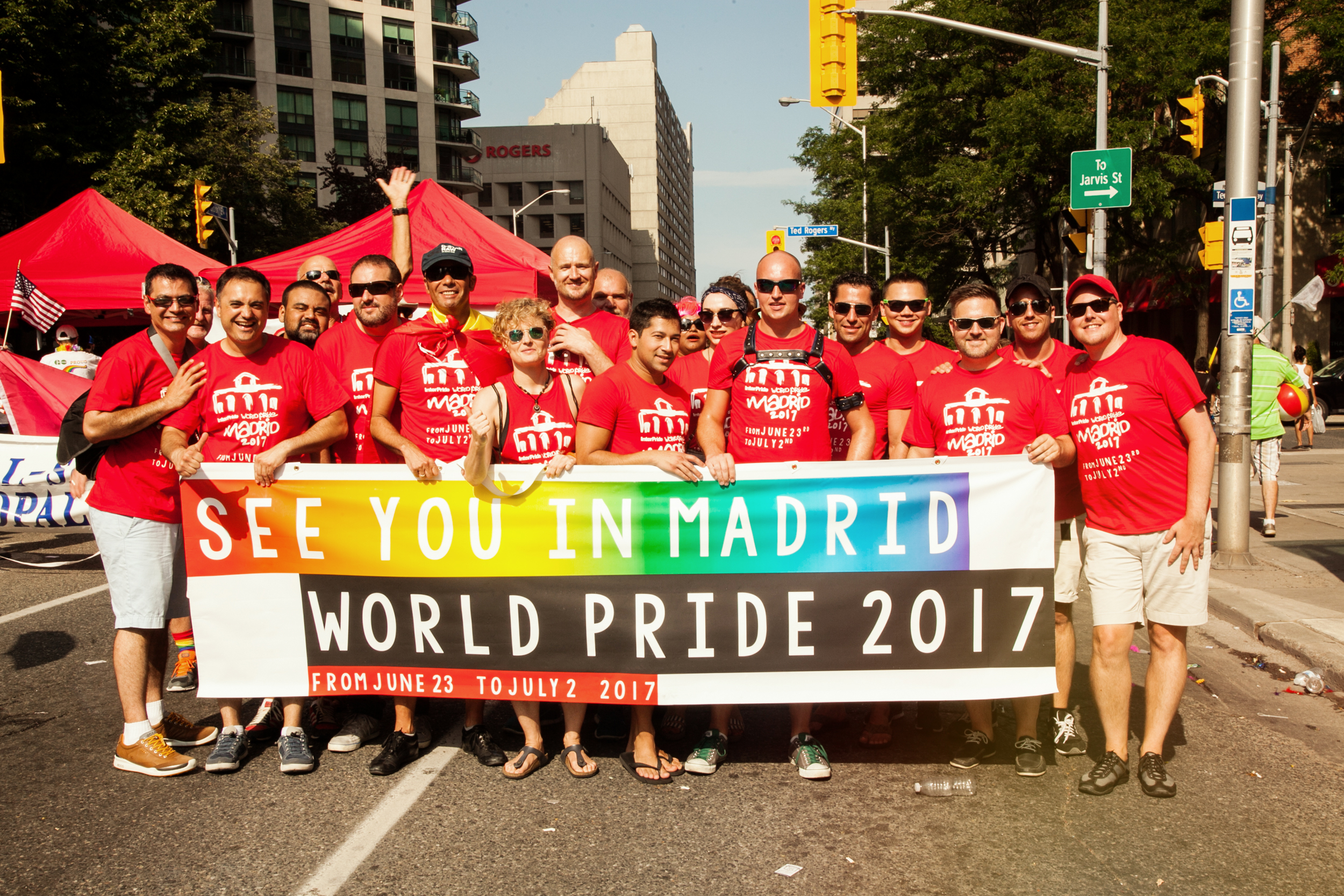 BEST PRIDE IN THE WORLD

In 2007 Madrid celebrated EuroPride (the Official European Pride Festival). That year, the president of the EPOA (European Pride Organizers Association) told us that Madrid had provided the “best EuroPride in history”. Ever since, MADO has acquired more and more international prestige and relevance. In 2009 and 2010 MADO was twice named the “Best Annual Gay Destination Event” in MTV's Tripout Gay Travel Awards.

MADO has become, on its own, the biggest urban event in Europe. It has grown from small Pride demonstrations in the 1980s to the massive celebration of today, without ever forgetting its purpose of advancing the rights the LGBTIQ people.

Our Pride is open to everybody: children, teens, the elderly, neighbours, visitors from all over the world whatever their culture or ethnicity), celebrating the diversity of our brilliant city. This is the spirit in which “Orgullo, ejemplo de convivencia” (“Pride, example of coexistence”) was created, an initiative that looks to spread awareness and involvement amongst groups, businesses and organisations about the importance of MADO and the need to commit to respect and peaceful coexistence.

The organisers of MADO, AEGAL (Association of Entrepreneurs and Professionals of the LGBTIQ Community of Madrid), COGAM (LGBTIQ Collective of Madrid), and FELGTB (State Federation of Lesbian, Gays, Transexual, Bisexual people) have designed a large program of activities for the residents of Cheuca as well as for the thousands of visitors and tourists that join us for the event. This year, a special effort has been made to make MADO a sustainable event with a program of important actions.

Over the last 10 years MADO and Madrid’s Pride parade has been a national event, by bringing together the associations and collectives across the whole country of Spain. This has helped make the Pride celebrations and demonstrations collectively include more the 2 million people annually for last few years.

WITH THE COLLABORATION OF

WITH THE INSTITUTIONAL SUPPORT OF: